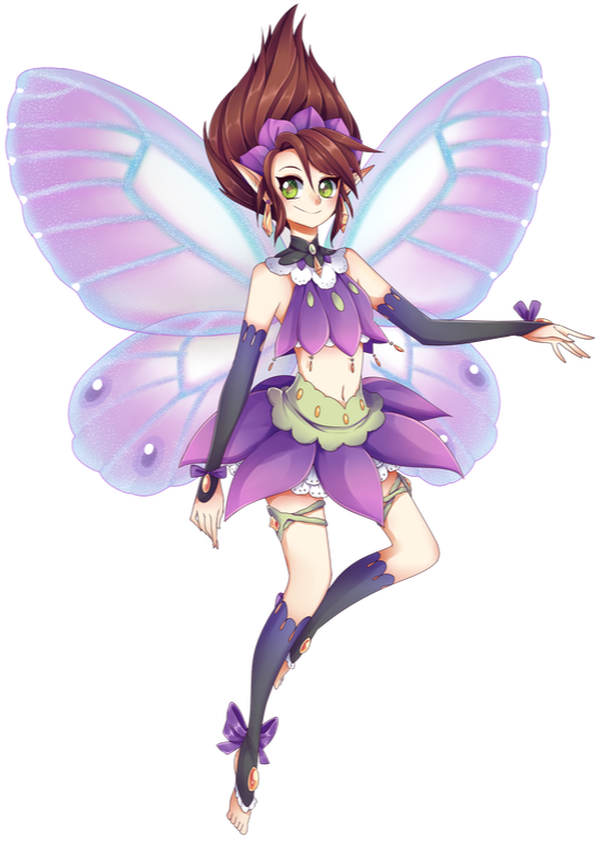 Soul Strength: Greater Soul
She'd always been a scrapper from the day she was born, strengthening her fortitude and conviction. She stole her soul away for the time she'd begin to lose her physical form. Training day in day out Reya forged to make herself a Inani who would not just disappear, but to be seen regardless of the type of Fae she was. Her greatest fear being; to fade away and be forgotten.

With her greater soul Reya can appear and disappear at will making herself as visible or invisible as she so pleases. Being a ghost and all, she can phase through just about anything not protected by magic, and popping out with a big noise always puts a bounce in Stitches step

Telekinesis: With no real physical powers of her own Reya has developed a strong mind. Able to move things from across the room she loves playing pranks. Misplacing items, or moving chairs as one sits down, even out right playing keep away to most people's irritated surprise. If in a pinch she can even use items as a mean's for defense and or attack, wielding a sword or throwing rocks to deter enemies trying to attack her or stitch.

Possession: As with many Inani'fae she can take possession of many different items, her favorite one would be stitch, an ornery plushie scarecrow dragon who just so happens to be her best friend in the entire world. If you were to ever want on finding her, look for stitch. Reya will most likely be by his side, or within him.

Appearance:
Small as Inani'fae are she is neither smallest or largest, around five inches tall and a little under one ounce she considers herself average for Inani standards. Her hair a russet reddish brown seams to defy gravity as it swirls up to a point past long slender ears, wispy fly-aways curling around the nape of her neck to her shoulder. Green eyes peer out from a bright excited face light pale and freckle spotted, thin lithe body and small bust, usually garbed in simple clothing, purples and black in color enchanted to stay put even when she becomes fully incorporeal. Her wings simple yet stunning, thin, light in color and transparent even when fully corporeal zip her along as quick as the wind blows get her to where she needs getting to in no time flat. That is if she isn't possessing stitch her stuffed scarecrow dragon companion.

Other: Things she mainly Possesses

Stitch - A large life sized scarecrow dragon made of patchwork fabrics, stuffed with cotton and dragon-bones. Stands about seven feet tall and ten foot long. His creator made sure the stuffed animal would be able to last through all weather nature could throw. As stitches creator was a farmer by trade, made stitch to scare off pesky animals that would try to destroy and eat his harvest. After the farmer passed away not bearing any children of his own, the farm house reduced to rubble, and stitch was left alone to guard a garden that would never show a good harvest again. That is until an flamboyant eccentric happened upon the poor weather worn plushie. Taking a fancy to the poor scarecrow he cleaned it up, patched what he could and breathed life into the dragon.

Why might you ask? Because the eccentric could, and what purpose would he have for the dragon... Nothing his only fancy was to see if he could bring a stuffed animal to life. And succeeded but only half way, the enchantment gave the scarecrow dragon speech and will of its own. But uninterested in anything more with the stuffed animal the eccentric didn't bother giving stitch any way to move by itself. To stitches great dismay but what could a life sized plushie do about it? ... Make friends with an Inani'fae ... and that is exactly what happened. Presented as a potential vassal for Reya , she'd felt sorry for his predicament and chose him as her first. From that day forth, like most Inani'fae after adolescence you would not find one without the other.

Always bantering back and forth the two enjoy each others company even if stitch won't admit to it. He lives for the times Reya possesses him, as the passerby eccentric only gave stitch freedom of thought and voice not movement. His greatest fear would be if Reya's soul ever expired leaving him with no way to move around, and of coarse never being able to see his greatest friend in the world.
Bought From Snailedit 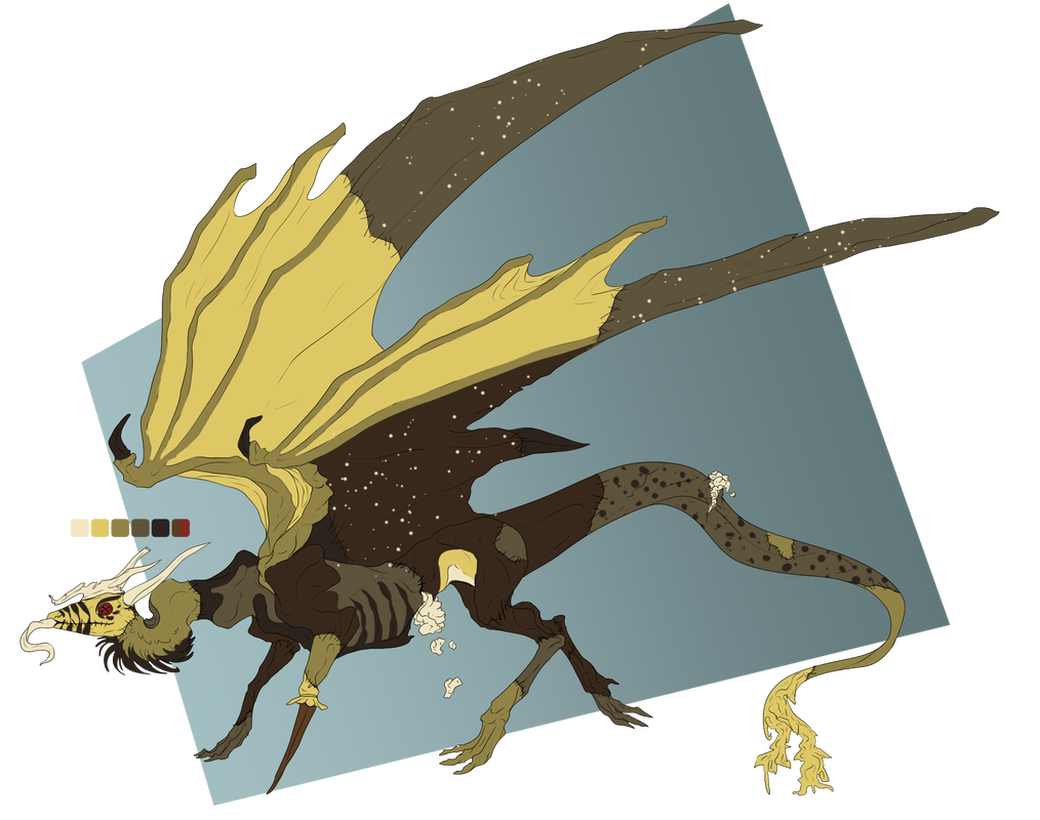